Evelyne Ducat (Valeria Bruni Tedeschi) has gone missing. Following a snowstorm, her car is found on the road to a rural French plateau where a few isolated farms struggle to survive.

While the local gendarmes look for answers, five people, each of them somehow linked to the woman’s disappearance, try desperately to protect their secrets. But none of them suspect that the whole story began far from the windswept French highlands, on another continent where the sun beats down and where poverty can drive people to extremes.

Dominik Moll’s sophisticated French thriller Only the Animals watches quietly as an all-star cast are connected by desire, fear, ambition, poverty and murder. 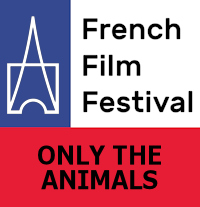