Sir Kenneth Branagh has never made a secret of his early life, growing up in Northern Ireland as the Troubles erupted, then leaving at the age of nine when his working-class Protestant parents made the decision to move the family to England to escape the turmoil. With his largely autobiographical drama Belfast, for which he won a richly deserved Best Screenplay award at the Golden Globes earlier this month, he shines a spotlight on it for the first time.
The result is a bewitchingly intimate, warm-hearted, wholly captivating film, firmly rooted in a particular time and place yet in a way telling a generic tale, that of refugees through the ages.
From start to finish, it is enchantingly done. It opens with colour shots of modern-day Belfast, accompanied, as the film is throughout, by the music of Van Morrison. Then it morphs into black and white to show a contented urban scene in August 1969: children playing, neighbours chatting, a happy community at one with itself and a young boy, Buddy (engagingly played by newcomer Jude Hill), slowly making his way home.
Suddenly, everything changes. Rioters appear, hardline Loyalists bent on driving Catholics from the mostly Protestant neighbourhood. Soon there are tanks rolling up Mountcollyer Street, where Buddy lives with his parents (Caitriona Balfe and Jamie Dornan), and older brother, Will (Lewis McAskie), with his paternal grandparents Granny (Dame Judi Dench) and Pop (Ciaran Hinds) nearby.
In fact, Buddy has more pressing concerns than men with guns, such as a crush on a girl in his class and a minor shoplifting rap. The bitter strife in the streets isn't even the biggest headache for his parents; there's an onerous tax bill to pay and growing evidence that Pop's lungs are giving out.
The relationship between Buddy and Pop is depicted with irresistible tenderness and humour. 'There's nothing wrong with an outside toilet,' says the old man, 'except on an aeroplane.'
Hinds plays Pop beautifully, but it might be Dench's performance that moves you to tears, as Granny comes to terms with Ma and Pa's painfully conflicted decision to uproot themselves.
I loved every minute of it. Van Morrison's mostly original score is wonderful and the decision to shoot in monochrome is a masterstroke.It's a charming and effective way to show how the cinema enriches lives lived, especially back then, in shades of grey.
Verdict: A small masterpiece 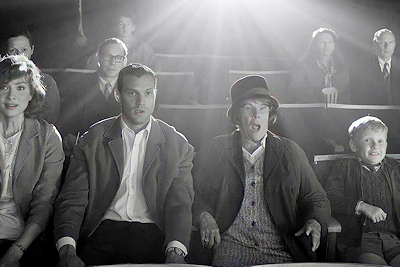 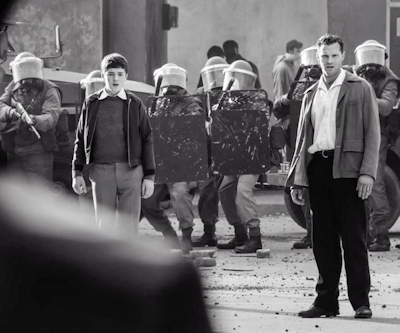 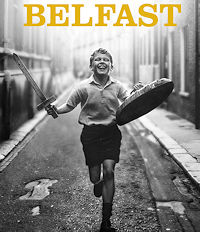