The Season opens with a new production of Verdi’s Rigoletto, directed by Oliver Mears – his first as Director of The Royal Opera. This production sees Verdi’s masterpiece as a modern morality play that pits power against innocence, beauty against ugliness, in a pitiless world of luxurious decadence, corruption and social decay.

Antonio Pappano and Paul Wynne Griffiths conduct in the Autumn, with Carlos Álvarez in the title role alongside Lisette Oropesa and Liparit Avetisyan. In February Stefano Montanari conducts a cast that includes Luca Salsi, Rosa Feola and Javier Camarena.

Listen out for the return of the opera's most famous aria, 'La donna è mobile', in the final act as we find out who gets the last laugh.

IF YOU WOULD LIKE TO RECEIVE THE LIDO EMAIL NEWSLETTERS RELATING TO THE RECORDED LIVE PRODUCTIONS WE SCREEN, THEN PLEASE DROP US A LINE TO [email protected] 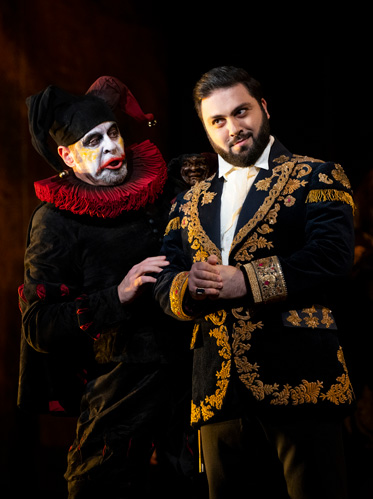