The film stars former Disney Channel favourite Austin Butler in the exalted title role, as the King of Rock 'n' Roll, with Tom Hanks as his overbearing manager Colonel Tom Parker. It is rare to find Hanks playing a character practically without virtue, so it perhaps helps that he is prosthetised almost beyond recognition beneath a fat suit.
As the film tells it, he (Parker) all but invents the concept of merchandising, and even has 'I Hate Elvis' badges made alongside the 'I Love Elvis' badges – on the basis that not everyone will be a fan, so they might as well make money out of the detractors, too. But the film's message is really that nobody except Elvis made Elvis, much as he wallows in the influences of black artists such as Big Mama Thornton (Shonka Dukureh), Little Richard (Alton Mason) and BB King (Kelvin Harrison Jnr).
Usefully, even if he looks rather more like the young John Travolta than the young Elvis Presley, Butler gives a genuine virtuoso performance that is far more than an impersonation. Last week in Cannes it even had the stamp of approval from Riley Keough, who came to unveil her debut directorial feature War Pony, but also happens to be Elvis's granddaughter. As she and the rest of us are well aware, there are a thousand nightclub Elvises out there who can reproduce the famous lip curl.
Sensibly, Butler doesn't attempt it, swerving away from caricature. But he has the voice and the moves, and nails the picture's best scene, when in 1954 Elvis gives his first live performance and the girls in the audience begin to swoon.
And Luhrmann gives us a glimpse into another of his influences, flashing back to 1947 to show us a wide-eyed kid, in the Mississippi boondocks, watching a Christian revivalist meeting.
Yet the main focus of the film is the 23-year period between the great star's rise to fame and his sad demise, from those early recordings for Sam Phillips (Josh McConville) at Sun Studio in Memphis and moving his beloved mother Gladys (Helen Thomson) into the nearby Graceland mansion, to making movies, joining the army, meeting Priscilla (Olivia DeJonge) and the final, overweight, unhappy Vegas years.
With faint malevolence (and a degenerate gambling habit) Parker orchestrates it all, indeed the segregationist senator Jim Eastland (Nicholas Bell), who wants Presley and his 'lewd gyrations' banned, is by no means the film's primary villain.
It was clever of Luhrmann to tell the story of Elvis through the self-serving eyes of Colonel Tom and cleverer still to cast Hanks.
Moreover, a little like the 2019 Elton John biopic Rocketman, if not quite as much as Luhrmann's own Moulin Rouge! (2001), this film is playfully presented, with tricksy editing, split screens, slow-mo, animation, the works – making it as much a spectacle as a story.
Will it leave you all shook up? Not quite. But it's very smartly done.
The Daily Mail 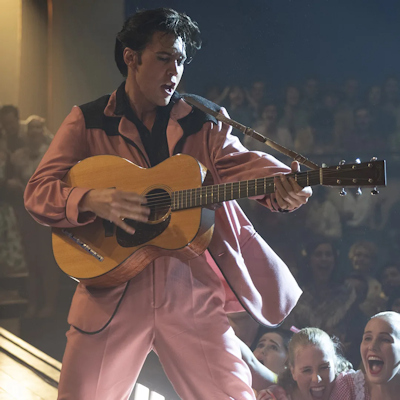 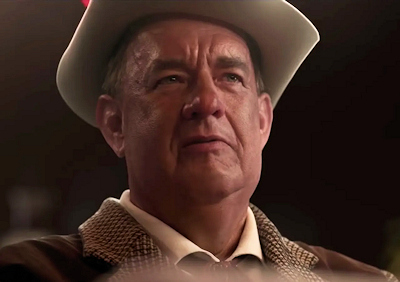 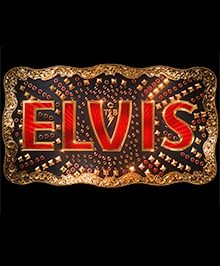