Painstakingly restored over a three-year period, this new print of William Wyler's 1968 musical boasts some freshly enhanced colours and a digitally remastered soundtrack that lets Barbra Streisand belt out her show-stopping numbers with ear-drum-bursting clarity.

In the early 1900s, Fanny Brice was the toast of New York, a singer and comedian who lit up the stage with her appearances in the Ziegfeld Follies show. Beginning in the days before she was discovered, "Funny Girl" charts Fanny's rise to fame as she goes from struggling immigrant to internationally renowned artiste in the space of two and a half hours.

Life in the public eye is hard, though, and Fanny soon finds that the ups and downs of showbiz are nothing compared to the difficulties of managing her private life - it's not long before her relationship with gambling playboy Nick Arnstein (a very young and handsome Omar Sharif) gets her into trouble.

If it sounds like just another biopic, forget it. The film's real star isn't Brice, but Streisand. The whole movie's nothing more than a flimsy excuse for Babs to show her talent - there's lots of songs, plenty of comic mugging, and enough drama (girl meets boy, falls in love, boy does her wrong) to keep you interested while you wait for the next tune.

In any other hands this might seem like paper-thin stuff, but Streisand's a consummate professional with the Midas touch. It's her show from start to finish, and she doesn't put a foot wrong with any of the songs ("People", "I'd Rather Be Blue", "Second Hand Rose", and "Don't Rain on my Parade").

In the words of the girl herself, "Hello Gorgeous!" 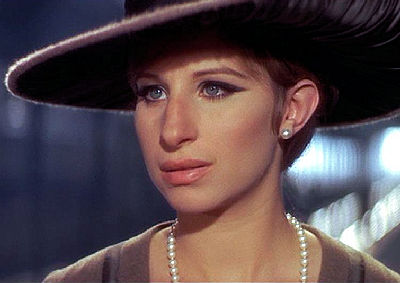 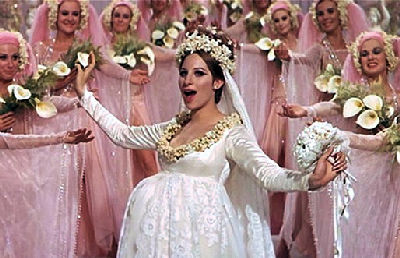 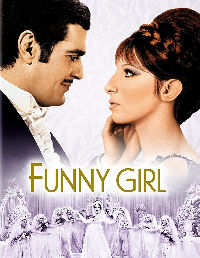